A New Song — Wave Upon Wave

Listen to this week’s new song—Wave Upon Wave.

The Story Behind the Song

Jenny and I leaned against the gazebo railing watching the moonlit waves roll in on the Jamaican beach. We were celebrating fifteen years of marriage. Our conversations covered the joys and sorrows, blessings and difficulties we’d encountered, been surprised by, and moved through in that decade and a half. We talked about our hopes for the future, the ways in which we hoped to grow and change. 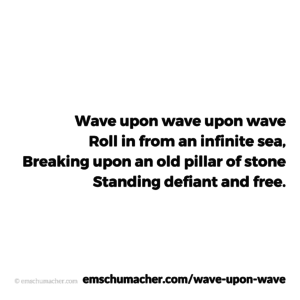 Just out from the gazebo stood a solitary pillar of stone, around which the waves broke. I wondered about how long it had stood there. Had it always been alone? Or had it once been part of a shelf of rock, now eroded and gone?

I knew that over a thousand years of waves crashing against it, the pillar had been—and was still being—shaped and changed. Nevertheless, to the human eye—especially to the eye of a one-week visitor—the pillar seemed the same each day. 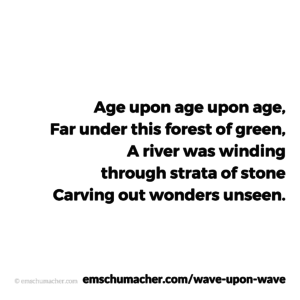 That thought took me back to a family vacation in the Black Hills of South Dakota a year or so earlier. We drove through the winding road of a state park, through the thick trees of a beautiful but otherwise normal-looking forest. We unloaded our children from the vehicles, ushered them into a small welcome center, and purchased tickets. Those tickets allowed us to enter a small elevator, which then descended several stories beneath the earth’s surface. We exited the elevator into an enormous cavern, which led to a cave system—the long, patient work of an underground river that wound through strata of stone over the ages. To pass through the forest above, one would never know what treasures lie beneath the surface. 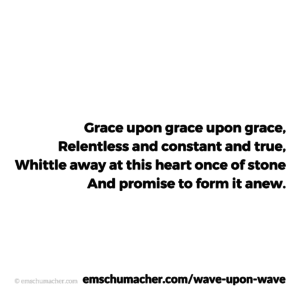 The next day, lounging on the beach—pen and notebook in hand—I looked at that pillar of stone and pondered how it and the caverns might picture the grace of God working in us. So many areas of my life, my heart, and my character—areas I wished were changed and perfected right then (if not last year)—seemed to remain unchanged. So many faults that I had hoped would be gone (or at least somewhat improved) by that point in my life seemed to hang on (if not grow). 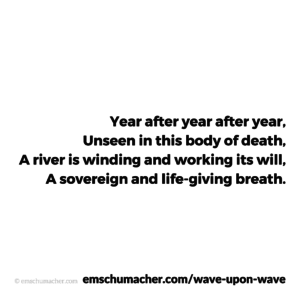 Observing the ways of nature reminded me that God’s grace is more a low-and-slow barbecue pit than a microwave oven. From ages past, he has been at work, in his patient and perfect way, committed to conforming me into the image of his Son. Even though I rarely see that improvement day to day, I trust he will bring to completion the good work that he began.

Those thoughts led to a poem—Wave Upon Wave—which I sent off to my friend Jeff Bourque. Jeff returned a sample recording of a beautiful, fitting tune. 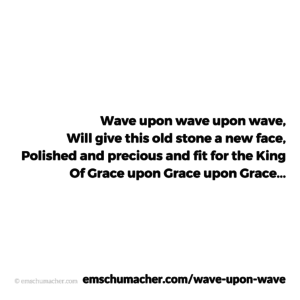 I’m glad we can share it with you. I pray it encourages you to trust the King of Grace. 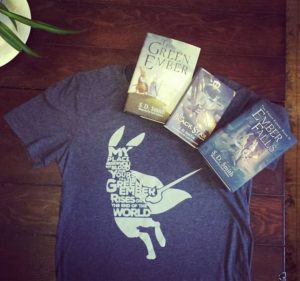 Please be sure to enter this month’s giveaway—a t-shirt and three-book set from children’s author S.D. Smith. Enter now on our giveaway page.