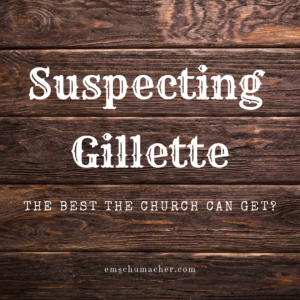 Gillette recently released a commercial, “We Believe: The Best Men Can Be,” addressing the #MeToo movement.

It calls men to something better than misogyny, bullying, sexual harassment, and the objectifying of women. It encourages men to use their strength and influence to protect the weak, to treat other human beings with dignity and value, and to hold one another accountable. It admits that not all men are bullies and misogynists, and it praises the virtuous acts of those doing the right things.

Nevertheless, the ad has generated a conflicted response from the public.

I hadn’t seen the ad. I wouldn’t have except the social media uproar prodding me to what all the to-do was about. I watched it. I loved it. (I love it with one exception: Gillette products are used to prevent beard growth, which is an abomination.)

I understand there are various reasons that people take issue with it: It attacks masculinity in general. It conflates “toxic masculinity” with all masculinity. It stereotypes all men.

I don’t see those things in the ad. I won’t address them.

There is one criticism that I want to address—namely, that Gilette is being opportunistic, seeking to build a customer base and make a quick buck by pandering to the social issues of the day. In other words, they are acting with insincere motives.

That criticism—insofar as it results in an unwillingness to praise the ad—doesn’t sit well with me.

I saw it a lot in 2018—especially regarding issues related to the respect and valuing of women.

I heard people confess to withholding criticism of Paige Patterson’s objectification of a teenager and mishandling of a rape situation because “I’m just not sure of the motivation. It might be that people are just trying to open up a seminary presidency as a power-grab.”

I’ve heard people admit a reluctance to praise the beneficial aspects of #MeToo and #ChurchToo because “It’s the hot issue and everyone is hopping on the latest thing.”

And now some withhold praise of a commercial because “Gillette is just jumping on the bandwagon to make money by capitalizing off cultural sentiments.”

My question—so what if they are?

Isn’t the nature of every advertisement you see essentially the same? Don’t ad-agencies seek to connect with the culture where it is for the sake of promoting a brand or product?

What if we grant and assume that every advertisement is opportunistic, bandwagoning, capitalism? What then?

Why not rejoice about a good (instead of evil) message being broadcast? Why not celebrate truth instead of withholding rejoicing due to suspecting motives?

Don’t get me wrong, motives matter—a lot. God will judge our motives as much as our actions. (But then, God can do that—because he knows the heart. We can’t, because we don’t.)

But, even when we do know the motives, should that keep us from praising the beauty or truth of a message?

Should we destroy every painting, symphony, novel, poem, and architectural composition if we know the artist did it in the name of self-glorification or capitalism? Should Christians refuse to acknowledge and praise the ingenuity of the pyramid-builders if we suspect their motive was a pagan religion?

Consider the Apostle Paul. When he knew another’s motive for preaching the gospel (!) was utterly evil, he didn’t say, “Well, what they’re preaching is true—I agree with the main message—but I’m not going to rejoice because I know their motives!”

He said, “To be sure, some preach Christ out of envy and rivalry, but others out of good will. These preach out of love, knowing that I am appointed for the defense of the gospel; the others proclaim Christ out of selfish ambition, not sincerely, thinking that they will cause me trouble in my imprisonment.” (Phil. 1:15-17 CSB17)

Elsewhere, Paul could quote pagan poets and philosophers without having to issue caveats about motivations and “I don’t agree with everything they write”-statements.

Can We Enjoy the Bread of a Pagan Baker?

If we as Christians can’t affirm correct utterances, beautiful sentiments, and just stances that uphold and defend the value of human beings because we suspect that someone, somewhere is less than genuine in the process, we can’t affirm anything ever.

If we’re always complaining when the world (imperfectly) affirms beauty and goodness, we shouldn’t be surprised when the world wants nothing to do with us.

If we respond to every true statement with a “yeah, but…,” should we be shocked that no one ever wants to talk to us?

Moreover, if we’re overlooking obvious capitalistic opportunism elsewhere (especially within Christian circles), only raising such complaints when it comes to defending women, then we need to ask: Could some of the concern the culture has about the church devaluing women have more weight than we’re willing to admit?

We have nothing to lose by praising what is right and condemning what is wrong. Except for pride. We might have to swallow our pride when we’re called to affirm a true or beautiful thing said or done by “the other side.” But is a little humility really all that bad?

In the face of something good, is withholding praise out of suspicion the best the church can get? 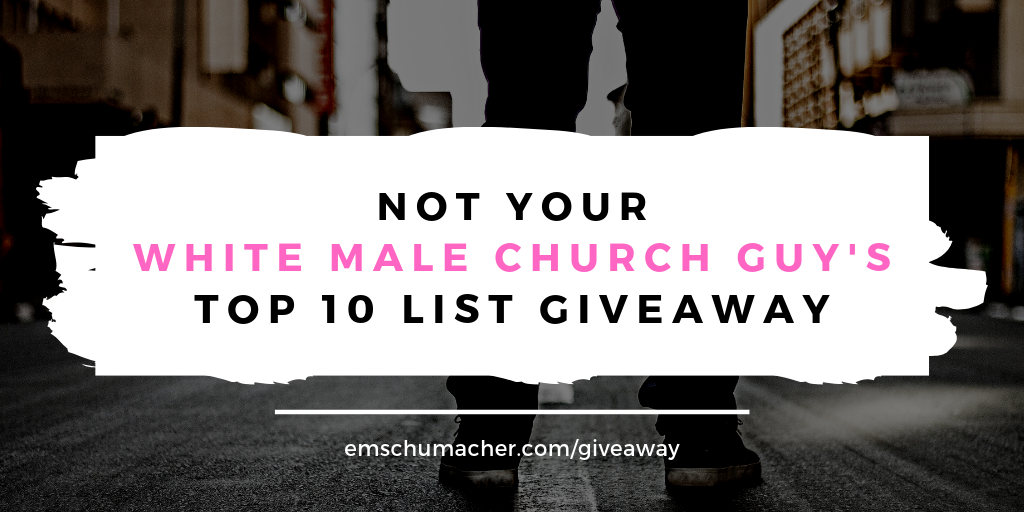